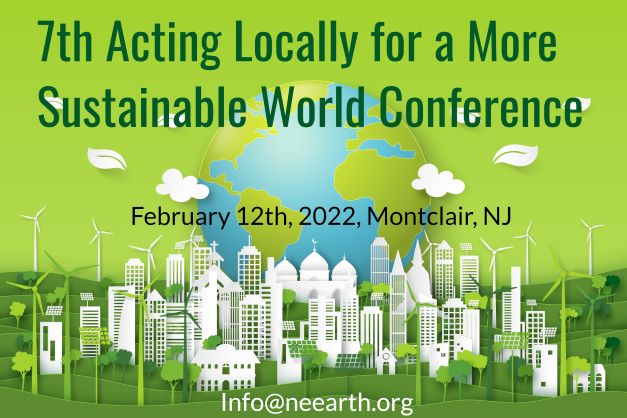 Montclair, NJ. The Northeast Earth Coalition (NEEC) invites you to join its 2022 annual conference on February 12, 2022, one of the largest gatherings of environmental and community activists in New Jersey. This year’s conference will be in person, with some virtual events accessible from anywhere in the world.

Check below for a sample of some of our amazing speakers!

You will have the opportunity to meet in-person or virtually with community leaders and groups and to network about environmental issues, including local food, eco-friendly gardening, sustainable communities, alternative transportation, renewable energy, clean air and water, and climate change activism.
Venue:  Madonna Hall, at Immaculate Conception Church, 30 North Fullerton Avenue, Montclair, NJ 07042
Time: 9:30am to 4:00pm

Gar Alperovitz is a political economist and revisionist historian whose numerous articles have appeared in The New York Times, The Washington Post, the Los Angeles Times, The New Republic, The Nation, and The Atlantic among other publications. Alperovitz has been profiled by The New York Times, the Associated Press, People, UPI, and Mother Jones and has been a guest on numerous network TV and cable news programs, including Meet the Press, Larry King Live, The Charlie Rose Show, and Crossfire. Alperovitz is the author of critically acclaimed books on the atomic bomb and atomic diplomacy and was named “Distinguished Finalist” for the Lionel Gelber Prize for The Decision to Use the Atomic Bomb and the Architecture of an American Myth, (Knopf, 1995). 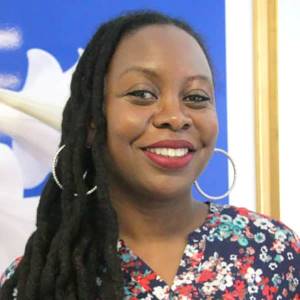 Melissa Miles is a grassroots activist and organizer living in an Environmental Justice Community in Newark, New Jersey. Long considered the regions’ dumping ground, and called a “sacrifice zone” and a “waste-shed” by advocates, it is fertile soil for seeding activism and growing visionaries. Melissa is one of many there awakened to the environmental justice struggles to support the birth of a new community rooted in place where people can live, work, learn, and play in health and harmony. Melissa is educationally well-credentialed with a MA in Anthropology from The New School, but she is also adamant when it comes to solutions to the world’s current environmental crises the best and most relevant come from communities and not from universities: “Those that are most affected, have the solutions” is the sentiment from which her advocacy stems. She is a part of several national coalitions including the Climate Justice Alliance, Moving Forward Network, The Coalition for Healthy Ports and the international coalitions, The Movement of People Affected By Dams (MAB) and the Global Alliance for Incinerator Alternatives. She is also part of the New Jersey Environmental Justice Advisory Council responsible for advising state agencies including the Department of Environmental Protection on issues of Environmental Justice.

Jose Aguto leads policy development of the Catholic Climate Covenant, whose mission is to advance the implementation of the Church’s Care for God’s Creation, one of the seven themes of Catholic social teaching, in collaboration with the US Conference of Catholic Bishops and 15 other partner organizations. A prominent aspect of the Covenant’s policy is to inspire meaningful actions on climate change as a moral and non-partisan call. This approach, undertaken when Jose was at the Friends Committee on National Legislation (FCNL), led in September 2015, to the “Gibson resolution,” the first formal positive statement on climate change by a group of elected Republicans in Congress since 2008. The resolution has led to bipartisan caucuses and legislation which are creating a politically viable foundation for meaningful climate legislation. Jose is on the board of the U.S. Climate Action Network on the Steering Committee of the Green Leadership Trust. Prior to joining FCNL, Jose worked for the National Congress of American Indians, and EPA’s American Indian Environmental Office. He is a graduate of Brown University and Villanova University School of Law. 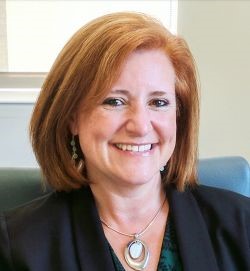 Amy Tuininga works at the PSEG Institute for Sustainability Studies at MSU to create opportunities for students, faculty, and a wide range of stakeholders in corporations, non-profits, start-ups, and government organizations to address and advance environmental, social, and economic sustainability. Her approach is rooted in systems science and her experience with developing effective collaborations is based on her own research and mentoring of students.  She has also worked closely with many individuals from a wide variety of disciplines and broad fields to secure funding and build support for their work. Collectively, they have developed scalable programs that continue to serve diverse groups.